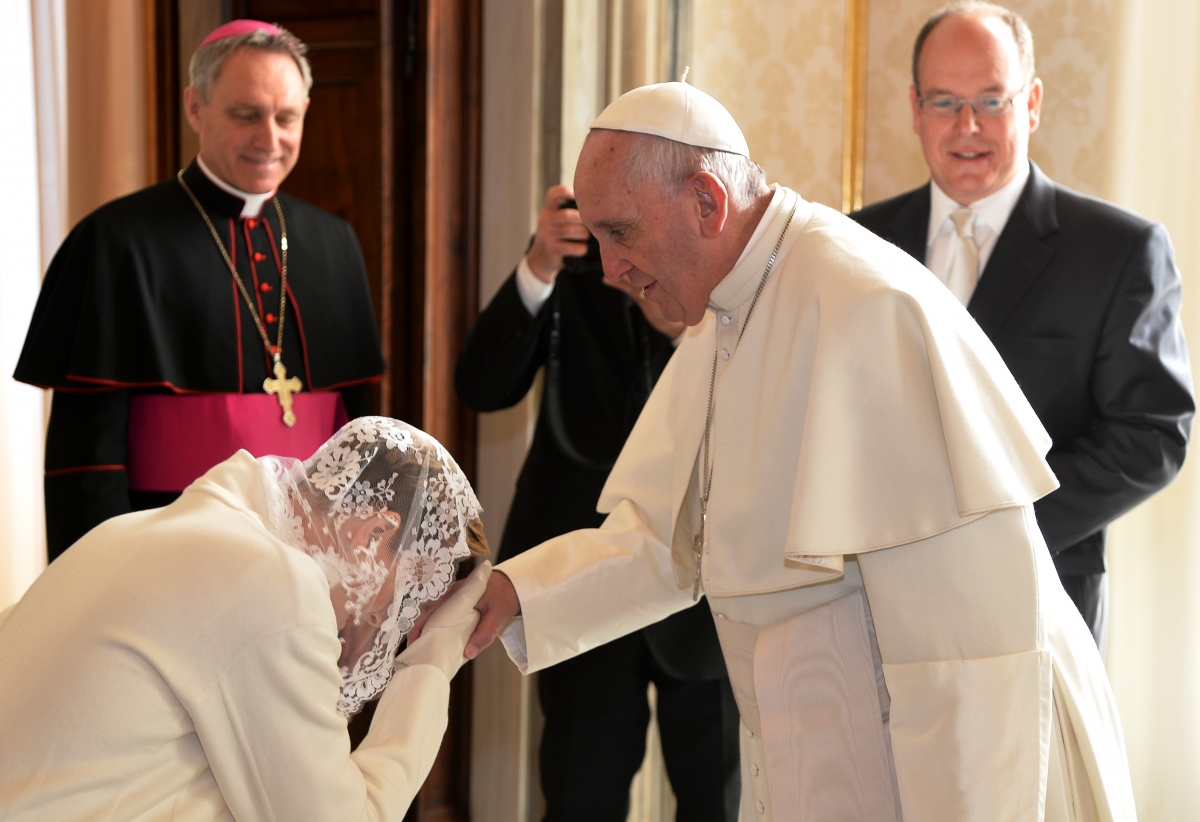 Princess Charlene and the Pope. From Getty Images

Honestly, if I had known as a little girl that there was such a Catholic royalty perk as the Privilege of the White, I might have taken that whole princess phase a little more seriously. Despite what Google will tell you, this has nothing to do with racial issues. The Privilege of the White allows certain Catholic royal women to wear white to important Vatican events such as audiences and special masses when everyone else wears black. You get to color-coordinate with the Pope.

Currently only seven Catholic royal women enjoy the privilege. Talk about an exclusive club. This generation of Catholic queens and princesses is doing things with style.  Princess Grace’s daughter-in-law Princess Charlene of Monaco (former swimmer for Zimbabwe) and Queen Letizia of Spain (former news anchor) stand out as the most photogenic. The press made much of…