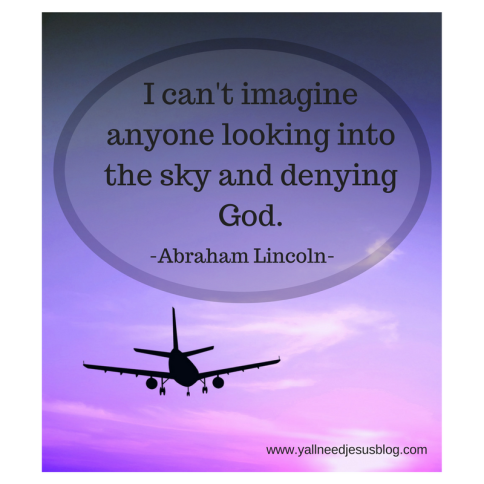 A little more than a week ago, I was sitting in the Philadelphia airport during the first of two nor-easter’s we were hit with in the course of seven days. The arrivals and departures board listed cancellation after cancellation, but our flight to South Carolina was miraculously still On Time. Hubby and I sat there, nursing a Sly Fox Belgian Dubbel and tracking the incoming flight on our phones. I admit I wasn’t thrilled to be flying in heavy snow and 35 mph winds, but I was going to see my youngest so my fear of flying would just have to wait. (See, the beer was medicinal!)

Then the texts started coming in. “American Airlines flight 4981 is now due to depart at 4 pm”. “American Airlines flight 4981 is cancelled.” The next few hours were a blur of retrieving checked golf clubs (and a few tears that the last college father/son golf tournament wouldn’t happen) pondering travel options (“If we start driving now . . .) and finally rebooking a flight for the next afternoon. My mother’s heart had to make do with a whirlwind 24 hours of dinner, Mass and lunch with our boy. Oh yes, and a $150 trip to Target. (Restocking your kid’s groceries and toiletries counts as bonding time, right?)

After this whirlwind, it was peaceful to come home to our Parish Mission, a three-part event examining faith in our past, our present and our future. Perhaps it was the fresh memory of that weather-truncated trip or the anticipation of the upcoming storm, due to hit the next day (just as hubby was trying to fly home from another trip, of course) but the words of the mission leader, Fr. John Graden, resonated with me. Speaking about the seasons of our lives, he noted that the longest is the future, because the past is finite and behind us, but the future is the infinite trip from here to eternity. And then he added with a wink—“And if you’re going on a trip, wouldn’t you want to pack a bag?”

Isn’t it true that we can spend more time planning our vacations than we do planning the biggest trip of our life—the one after we die? We want to get to heaven, but so often it’s easier not to think about our relationship with God, not to make the effort to do His will in our life. But isn’t that like saying, “I really want to go to the beach this summer. But it’s a real pain to rent a house, pack up the car, and make the drive. So I’ll just sit here on the couch and hope I somehow just get there.” We all know this journey on earth is going to come to an end, but we don’t always prepare the way we should. We can be just too busy or disinterested to be bothered to pack a bag. 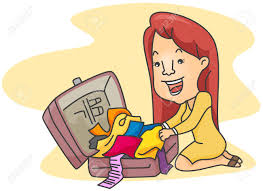 And that then begs the question, what are you packing in your bag for the trip to eternity? As you pointed out, I’m a notoriously light packer but it’s probably a good idea to over-pack for this particular trip–and isn’t this “packing” a natural compliment to your Swedish death cleaning, also a way to prepare for the inevitable? In order to have room to pack the virtues like humility, service to others and patience that we need, we have to clear out the clutter of envy, resentment or any of the other sins that we’ve been hoarding over the years. (I don’t think Goodwill will take those, so out to the curb they need to go.)

The Lenten retreat was such a warm respite from the craziness of winter-storm-travel, not to mention a reminder to prepare for the journey that begins today—the trip from this life to eternity. But I’m pretty sure, like my fight last week, I’m not going to get to my destination right away, and definitely not on my timetable. The layover in purgatory will be a time for purging and packing, for de-icing my soul and checking through my baggage. I pray that departures board will turn from Delayed to Boarding at some point, and that the wait will be fruitful. Even if there isn’t any beer.

Happy birthday to Tennessee’s own, but America’s favorite, Dolly! #tennesseemountainhome #dolly #icon
Many years ago, as I was walking through a New York City park with my husband and three young sons, an elderly woman looked at my male entourage and said, “You are the Czarina!” (If you know my rather *ahem* “strong personality”, she was eerily accurate!) I thought about her this weekend as I boxed up Christmas. As my kids get older, holidays leave me feeling that subtle shift from mom to matriarch. And I don’t know if I’m ready. It was a particularly good Christmas, with our entire family gathered together—including a new daughter-in-law-to-be. But I was acutely aware these Christmases around my own hearth with all the kids and our mothers will soon fade to memories. My mother is 88 and she’s declined a great deal in the last year. As my sons bring daughters into our family, so they will be pulled by other families to celebrate with them. And when children come, family celebrations will gradually center on their homes, with their kids dreaming of Santa in their own beds, as my three boys did so many years ago. I won’t always be the one to plan the menu and decorate the home where we will all gather. I won’t always have the older generation of women by my side in the kitchen. I’ll become the sous chef and I will blend into the rhythms of the new families my children create. In other words, I’ll have to give up control, something we Czarinas don’t do well. Every season of change seems to bring a loss of control, doesn’t it? But giving up control is an opportunity to embrace the new and trust in God, not our own will—and ultimately to grow. So while I’m nowhere near dowager status, and as tempted as I am to go kicking and screaming into matriarchy, I won’t. I’m going to straighten my tiara and walk happily into my new role when it comes. Like a good Czarina should! #catholiclife #catholic #momlife #matriarch #boymom #seasonsoflife
This is my Aunt Lucy’s coat, just as she left it the last time she entered her house. I’ve written before about closing up her house (the one my grandpa built) after she passed away in September. I went through her personal papers to settle her estate and sorted through her closet and cleaned out her kitchen. But moving her coat felt wrong, because I could picture her putting it there on the chair and going to bed, never to awaken. Today would have been Lucy’s 90th birthday. Please pray for her soul and for our family. #catholic #stlucy #prayforus #family #holidaygrief #loss
InstaAdvent Day 22: Today’s prompt is hope. I know I should write something deep and meaningful as we await the joyful hope that is Jesus. But I’m going to share what’s on my heart right this minute when I think of hope. I hope I get my house clean before my mother-in-law gets here! 😂 (Love you, Liz! 😘) #hope #bhadvent19 @bustedhalo
InstaAdvent Day 21: Today’s prompt is community. This picture is of a group of ladies packing up 275 bags to distribute to the homeless on Christmas. It started with a few friends with an idea and open hearts. It has grown to twice monthly dates serving meals at local shelters, packing bags like these at Christmas and Easter and many special events to help those in need. Along the way, we have a lot of fun, too. Not only do we help out in the community, but we’ve created one of our own, too. #community #givingback #bhadvent19 @bustedhalo
InstaAdvent Day 10: Today’s prompt is #christmasjammies These Buc-ees lounge pants were my favorite acquisition on a recent trip to Texas! I think I will pair them with my leopard (not beaver) Santa hat on Christmas morning! #bhadvent19 #bucees #texas #christmasmorning @bustedhalo @bucees
%d bloggers like this:
%d bloggers like this: